At 11 a.m. on August 31, members of PHC’s Urban Health program observed a minute of silence to honour those lost to overdose – over 10,000 since 2016 when a public-health emergency was declared.

The remembrance was part of International Overdose Awareness Day and to mark it, Urban Health held an Open House outside the main entrance to St. Paul’s Hospital. Its booth was set up so the public, staff and patients could learn about harm reduction, overdose prevention and services such as the RAAC and SPH’s in-hospital OPS. Take-home naloxone training was also provided.​

Media stopped by to interview Urban Health staff and learn about a recent PHC initiative to equip security guards with naloxone to reverse overdoses in and around both SPH and MSJ. So far, guards have reversed 22 overdoses.

Media coverage of the Open House is available on C​BC (9:45 mark). As well, Liz Dogherty and Cole Tait, Paladin Security was interviewed on CTV (6:25 mark) about equipping the security team with naloxone. A recent research paper has also looked at St. Paul’s Overdose Prevention Site’s efforts to save lives.

Check out photos from the event and scroll down to the trivia section to test your knowledge. 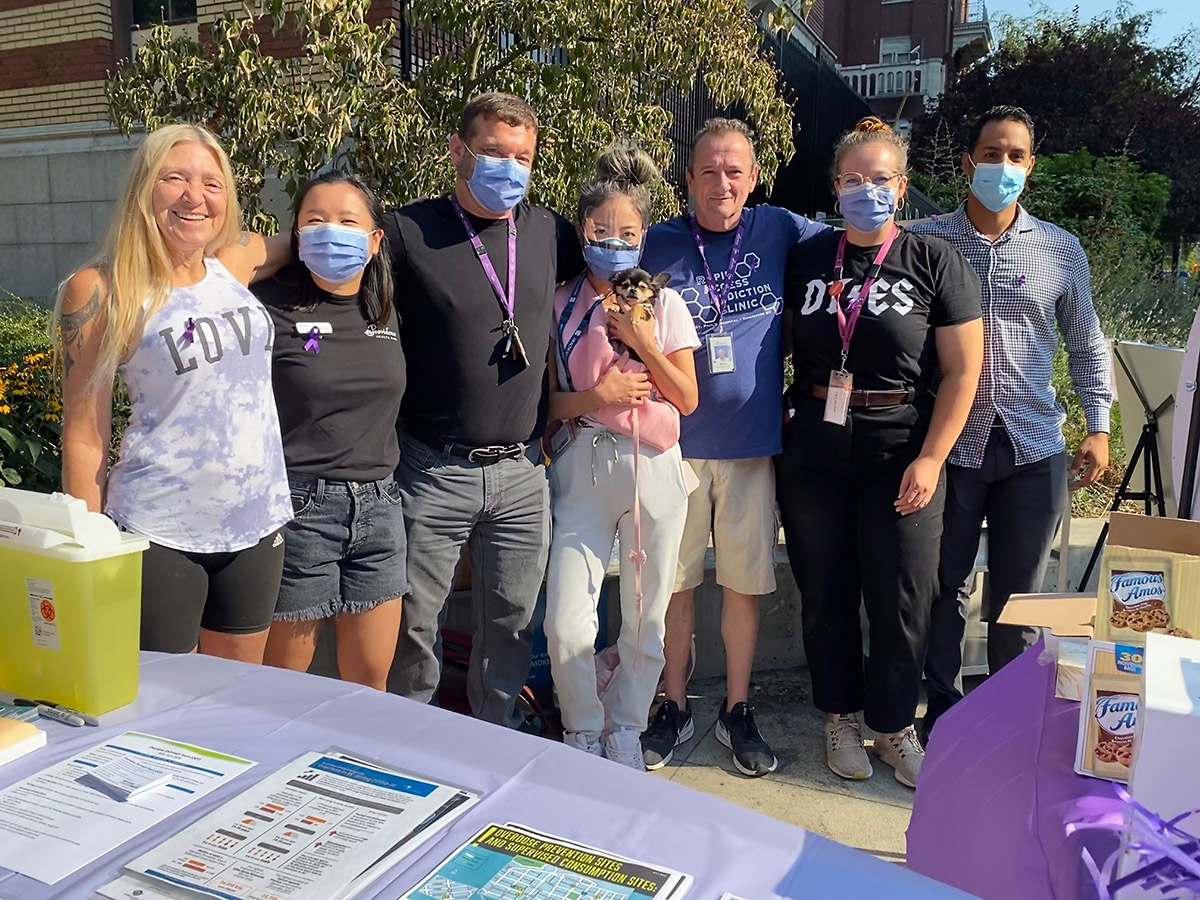 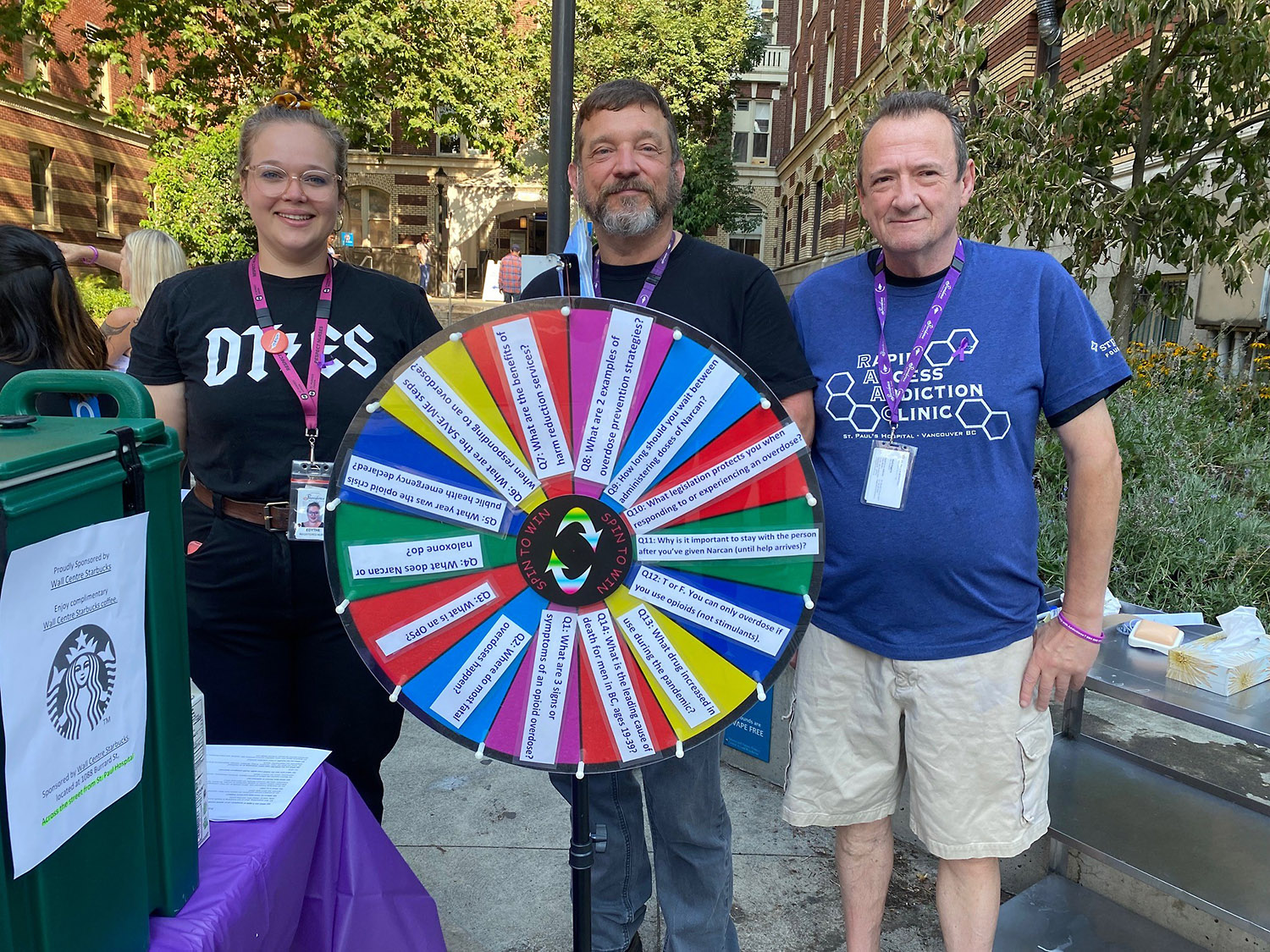 Visitors were invited to test their knowledge at the trivia wheel. 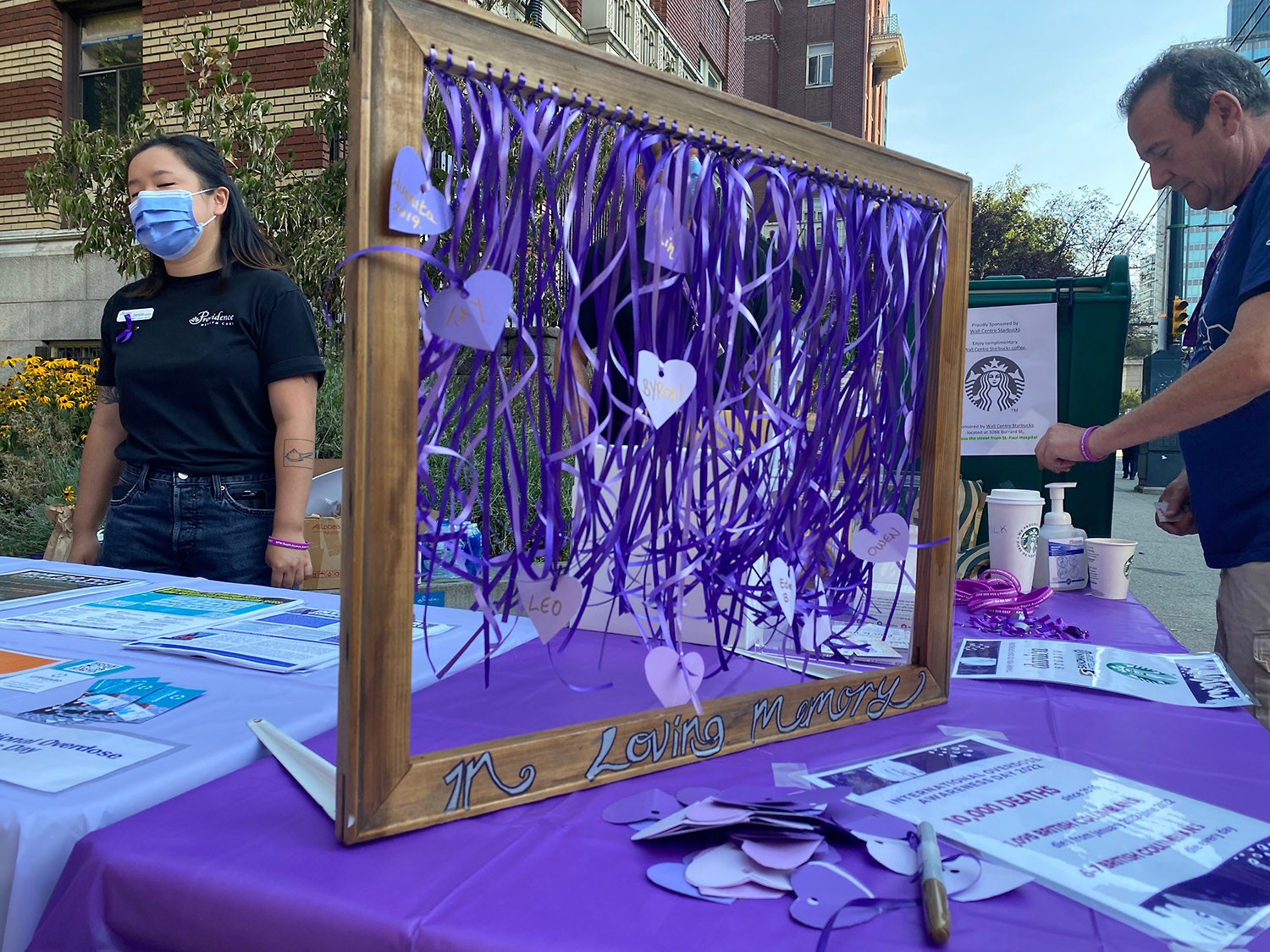 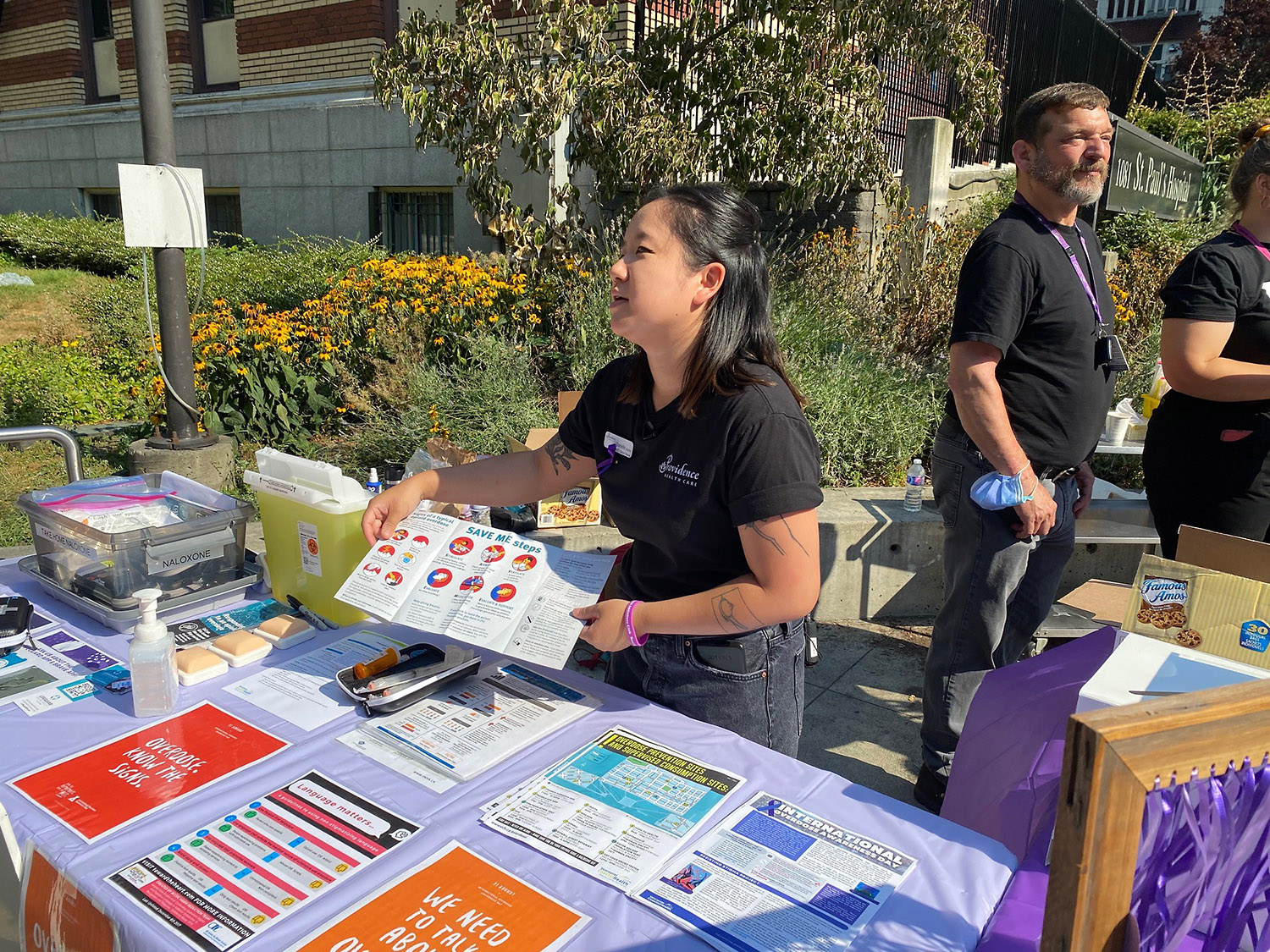